They say it’s your birthday … 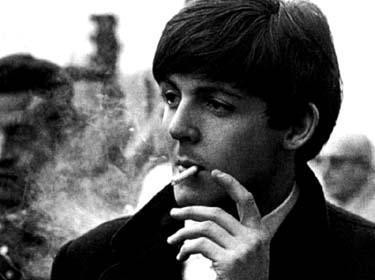 My first memory of a Beatles song is listening to ‘Eleanor Rigby’ and being SCARED. Yup, actually getting frightened of the loneliness and the tragedy in the song. I can also vividly remember being fairly freaked out by ‘Strawberry Fields Forever’ (and this was long before I started to ‘experiment’). Their music was, for me, something out of this world, something I had never heard before and it intrigued me.

Soon after I found out that Paul McCartney used to be in this little band called The Beatles. Prior to this discovery, I thought he was a solo artist who had a few cool tunes like ‘Band On The Run’ and ‘Jet’. I never knew he was a Beatle !?

And then I found out that John Lennon was a Beatle too? I was floored. The guy who wrote ‘Imagine’ was the same guy who wrote ‘Help!’? Seems weird now, but I was 9 years old or so, and was discovering on my own.

I love them both for their unique twists on songs – McCartney for his sweet melodies, old-fashioned charm and a voice that can sing anything. Lennon for his dark, introspective lyrics and a voice that felt hurt and lonely.

Mustn’t forget George Harrison, who, for my money, may have written one of the classiest tunes of all time – ‘Something’.

Oh yeah, Ringo as well. Some will argue, some will say I’m nuts, but his drumming kills me. Awesome player, who innovated the way drummers play to this day.

I still listen to The Beatles. It’s hard not to admire what they did for music and their brilliance. At times, it takes me back to the days when I would listen to a Beatles record in my bedroom, completely engulfed in the sounds and the images conveyed with the words. Even if it still scares me …

… back to McCartney being so famous. I saw him in concert a few years ago. The guy is so well known, has so many hits and fans – young and old – that he opened up for HIMSELF. The show started with a half-hour video/music montage of Beatles, Wings and solo stuff with photos of him throughout the years. Paul McCartney, opening for Paul McCartney. Too good.

Thanks for reading. See you next time.