I just finished reading a great bio about one of the giants in music. 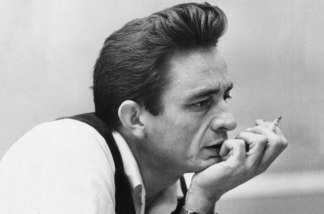 There’s a new book about Johnny Cash called “The Life”, written by Robert Hilburn. I’m generally skeptical about bios because they can seem glossy and edited. I find them to be advertisements, rather than a true glimpse into what the subject was really like. This book does the opposite. It reveals the warts, the worries, the anxiety, the fear, the mistakes, the redemption. It makes you connect with Johnny Cash as the man he was, with no gloss, no edits. It gets under his, and your, skin.

He was imperfect – infidelities, drugs, jail time, missed concert dates, a distant father, troubled friendships, troubled business. But he was also a man of great caring and kindness, of deep faith and conviction. He hated confrontation, but always pushed to do things his way; made mistakes as an artist, but always persevered with more work; loved the ones in his life with all his heart, but hurt them along the way.

Here is a man who layed down some of the greatest tracks of all time – Folsom Prison Blues, I Walk the Line, Hurt – but he still felt lost and alone, in a constant state of doubt and worry about himself as an artist, himself as a human and even about money. In between the lines of the book, you can feel this pain, sense his trepidation and delve into the mental state of Johnny Cash:  a paradox in many ways, in a constant state of finding and re-creating himself.

This is what I found so invigorating about the story, his growth as a person, as an artist and his evolution of being. It’s bloody inspiring and downright cool.

His life reads like one of his songs, marching like a freight train carrying a load. It’s well worth the journey.

View all posts by craig1667